TRAVEL ADVISORY: Due to a flurry of New Year's resolutions, the Road to Hell is currently closed for repaving. Please take an alternate route.


1. And speaking of resolutions, the whole situation in Puerto Vallarta has become so compound/complex that people and situations I thought I understood a month ago, I no longer do, so I am TRYING to stay away from accusing people of crimes -- unless I am really convinced of that. 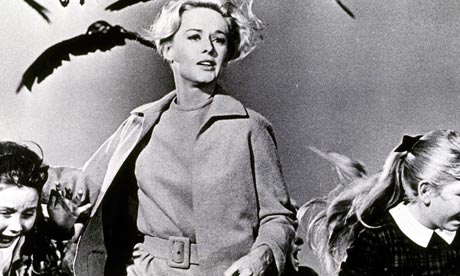 And call me "Tippi Hedren", but this morning when I opened my front door, I found a large black bird (almost crow-sized), lying chest up in front of my door. Either it had been shot or some "Aztec" had just grabbed its little heart out, but it was meant to make a point, and since I last looked out to that space at dusk last night and it was not there, that gives the time frame. It was too big for my cats to get -- they tear the few small birds they've gotten apart -- and it was a hole at the heart.

While I feel sorry for the bird dying so some nut-ball could scare me, not only am I USED to this kind of thing (it happens about once per month -- dead animal, mini stone-or-poop cairn or pattern, etc. in front of my door), but I was off to Costco, which was MOBBED. There, I engaged with English-speaking tourists (which I did today to see if I am off about it becoming common knowledge in the USA -- not just Canada -- that the Episcopal Church USA is into narco-trafficking).

Well, I didn't speak with but four couples, so not a valid sample, but it looks like word is getting out, but what has REALLY changed the last two months, is instead of people being afraid they might be harmed by Mafia if they are seen talking to me, they just shake their heads because while next to none know the specifics I know, they DO NOT (with almost no exception), find my story surprising at all.

BOTTOM LINE: The political story of my specific tale is BECOMING COMMON KNOWLEDGE among Americans living in the USA!!!


2. I called my Mom this morning, and all is going really well. The only surprise is that I REALLY don't think my siblings have discussed my recent challenge to them with Mom at all -- or she's a DAMN good actor. I've known her for 63.5 years, now (as an "outie").

Some nut-ball emailed me today, asking about Benjamin R. David, the District Attorney in Wilmington, North Carolina. I'll leave our complete thread intact (one email each), and YOU decide what you would make of it. I think that Ben David wanted to FISH to see more of my strategy, and had an INCOMPETENT email me. On the other hand, maybe this guy IS actually investigating Ben. If so, Mr. David will surely WIN!!!


But not against me.

Funny, the "Rhino Club" rings only the dimmest bell for me, so I can't help you with that specific issue.

And you did not BOTHER reading my blog, or you would have a good idea what issues I have with Ben David. They are more than issues, I expect to have him at least locked up and awaiting trial within six months.

And you give me NOTHING that can be googled up to indicate you are real: no last name, nothing shows by googling for your email address and why use something obscure like "DXS" for a handle, and what made you decide to call yourself "scurvy 666 4" -- at yahoo, at least???

However, if I am mistaken and you wish to know more about my beef with Ben David, simply google my name in quotes with Ben David's name -- VOILA!!! Answers.

Best of luck, and if you have SPECIFIC questions, I'll be happy to answer them.

I live in Wilmington, NC and I am doing research on The Rhino Club and how it was handled by the police and the DA, Ben David.  I obviously stumbled upon your blog and was wondering what exactly you know or issues you have about Ben David.

Thank you in advance, 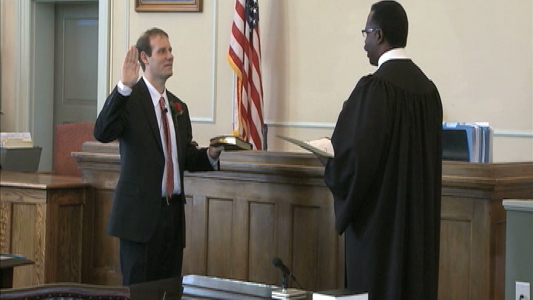 Benjamin R. David being originally sworn in by Judge James H. Faison III, who is also Christian Pastor of a church near Wilmington.

Ben David might only be a little shorty -- but I BET he has GOOD CHEST HAIRS!!!

I wish I had thought to ask Lee before he ran out of town in his new pick-up truck, bought by his lover, Benjamin R. David. 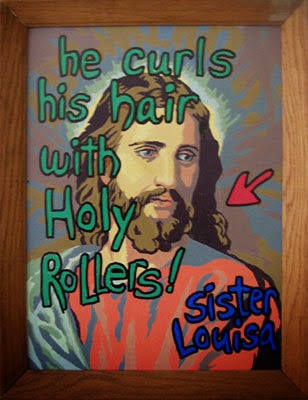 RP: How to Get Thinking People to Believe You Are a NARCO-TRAFFICKER (whether or not you actually are)!!!


1. In case you missed my late additions to the last posting, after publishing my ENTIRE last posting on Del Shores's Facebook page, he quickly "Liked" it, then also wrote this note:

And what is ODDEST about all of this is that at the time I met Del Shores at Act II Stages several weeks ago, Danny Mininni IMMEDIATELY pulled Del to go say hello to the audience that was in the Main Stage Theatre, as Del and I were talking US Politics and Danny got very uncomfortable with my telling Del how I had taken out (or helped to), Republican North Carolina state Senator Thom Goolsby -- and how I had FORCED my wealthy relatives not to advertise their http://www.thebreakers.com/ on Fox News online -- previously, they had been buying about 80% of the ad space there. 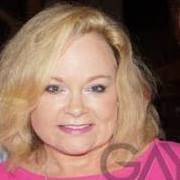 
Now, I have NEVER gotten a "bad vibe" from Danny Mininni, but his partner, Elizabeth Ensor, was right there, and not only had she HOGGED the audience interaction with Del during his show, but a few of the members of the Puerto Vallarta Writers Group who have been in town for years claim that Ms. Ensor is a TOTAL CONTROLLING BITCH. I don't know her well enough to have an opinion, myself.

Here is my FIRST problem with her, where she claimed something was NOT true that proved true within a week or two: http://theweathercontinues.blogspot.mx/2014/07/nacho-daddy-saves-theatre-damsel-in.html

Now, this is all rather sensitive, since Danny and Del are close personal and professional friends, and Danny once directed: 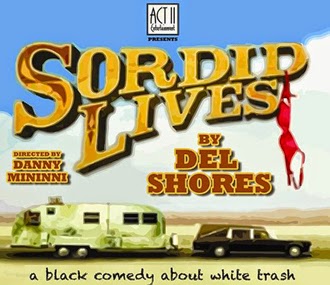 And Del had been helpful to the theater getting established.

And I had tried to get Act II Entertainment to CORRECT their Facebook page, on which BOTH links to their website where tickets can be bought are misspelled and therefore BROKEN, but to my first attempt to do this, I heard from Elizabeth Ensor who was MAD AS HELL, accusing me of calling her "anti" the theater, when I was HOPING if they fixed it it might IMPROVE SALES (or at least keep them looking professional).

And I have checked today, and after at least 2.5 months, those links STILL are not corrected, although Danny keeps posting to the page.

One report on this, see halfway down: http://theweathercontinues.blogspot.mx/2014/11/november-bad-month-for-turkeys.html

My biggest concern, with the "No Rules" Paradise Community Church and the Puerto Vallarta Writers Group (which appears more and more to only be cover for narco-trafficking and international arms smuggling), having recently moved in to Act II Stages, I wonder about Elizabeth Ensor's ties to these activities, but not so much Danny's, although I found a guy born, raised, and educated in the Mexican state of Colima, who shows on Facebook he is Danny Mininni's PARTNER (both sexual and as House Manager of Act II Stages), dating 2011 - to the present, but NOT anyone listed on the theater's sites.

Although I cannot find him now, his phone was listed with a 313 area code, which is Detroit, Michigan -- strange for a native Mexican living and working here, no???


>>> MORE NON-SENSE FROM AN OSTRICH IN THE EPISCOPAL CHURCH:

We have Got to do better.

Occupy Wall St. with Stacey Goldberg Hale and 6 others
Inequality has victims.


This is pretty wild:

But THIS is more fun:

Ancient Trees: Woman Spends 14 Years Photographing World’s Oldest Trees
Beth Moon, a photographer based in San Francisco, has been searching for the world’s oldest trees for the past 14 years. She has traveled all around the globe to...
BOREDPANDA.COM