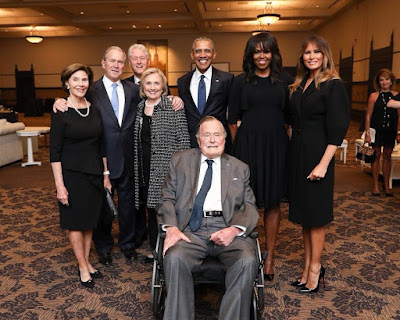 Our little oligarchy! The home team (plus Melania), currently angling to get their hegemony back from Team Trump! (Sorry not to have the photo credit.) (Who's hugging whom, is the thing to notice in this shot!) (Anybody who uses this post as an excuse to bash Hillary Rodham or Michelle Obama will be *blocked*, you mofos, *b.l.o.c.k.e.d.*) (My fantasy is that Michelle is in secret talks with Melania to plan a Katie-Holmes-fleeing-Tom-Cruise move on DT!) — with Allan Gurganus. 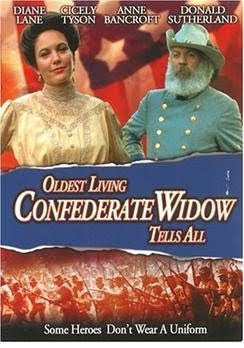 This was very LOOSELY based on my Great-Grandmother, Juliana Moore, the Oldest Living Confederate Widow in North Carolina.


The consensus of those on the Facebook thread headed by the photo above, is that George W. Bush and Hillary Clinton display the CLOSEST connection by body language. 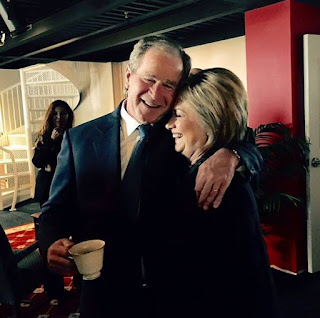 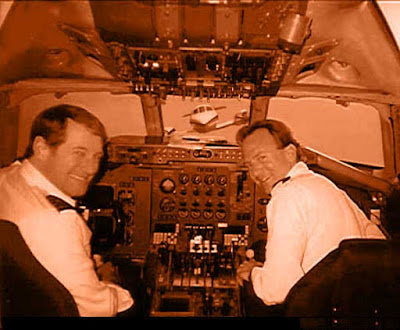 An important letter for the Chief:

My name is Scott David Kenan, and I have lived in Wilmington 2011 into 2012, and from June 2015 through now. My father is from here, so I have been visiting since I was six weeks old, and visited intensely 1980 – 1999, while my parents lived here and I in the Atlanta area. I’ve seen a few things.

Perhaps funniest, was the second half of 2011 when I was homeless living in Mercy House Shelter or sleeping in the First Presbyterian columbium – beneath the ashes of my first cousin’s husband, AF Col. Fred Smith – and gussying up, changing to my Sunday Finest, to attend First Presbyterian where I was very active in the Discovery Sunday School Class – as well as voluntary caretaker of the Bible Herb Garden. As you know, my wealthy Kenan relatives ENDOWED that congregation.

What I have continuously observed beginning with my arrival in 2011, is that your Officers are either dedicated to their work – or totally corrupted by the local Drug Mafia. And this is over all that time and I have documented most of my encounters with them in my blog: http://theweathercontinues.blogspot.com – but I am writing of more recent activities, and not so much the more distant past.

Recently, Jonathan Deputy, manager of the Gold Walker-owned apartments at the dead-end end of Spofford Circle, wrote me that he got the Summons against him for Cyberstalking me DROPPED – even though the Magistrates (he got it dropped TWICE, according to him), said it looked like a slam-dunk conviction.

Now, how that is related to YOUR Department is that half the time I have called your non-emergency number in the last year, I get serious police who deal with me professionally, and half the time I get gruff guys who claim that “everyone knows who I am and that I am nothing but a liar”. Mr. Deputy claims that District Attorney Ben David’s office claims the latter of me, but I don’t know that for a fact.

Mr. Deputy falsely committed me to New Hanover Behavioral Health Hospital (formerly called “The Oaks”), the day after I first filed those charges, in retribution, so there will be some serious lawsuits over it as we straighten all of this out. And I won’t here go into how Jonathan and landlady Gold Walker are intimately connected to Gold’s son Allen Walker’s Walker World, http://www.walkerworldnc.com/, which several of your Officers confirmed to me is under suspicion of being one of the biggest import ports for drugs in the region – but it is OUTSIDE Wilmington, so in the local Sheriff’s bailiwick.

About a month ago, your Department sent EIGHT officers to “capture” and transport me to The Oaks, but of course one would have been enough to do the job, and I had fun kidding around with the guy who transported me because he was BLASTING Christian preaching from the radio and I tried to get him to switch to a Jewish or Muslim station as a “balancing act”.

Sorry so many were called off their jobs to handle me. I have ALWAYS cooperated with police and deputies whether being arrested or committed -- or in simple conversation – and I always will. I have never in my life been violent – including in self-defense when I was beaten by Drug Mafia in Mexico.

Anyway, I think it is HIGH TIME your staff ALL treated me with some respect and the corrupted ones stop claiming “everyone” knows I’m a liar and crazy. Your Department owes me an APOLOGY.

If it helps at all, Sheriff McMahon and I had a long discussion in fall 2015, that I am into HEALINGS not punishments, so I can get past the “slights of the past” easily. I’m sure Ed would confirm this – and Ben David (as well as nearly every Judge and Politician in town), knows me too.

BTW: I have a small bone to pick with you. (It is only small because there is nothing to do about it now.) On September 5, 2011, my friend and designated business partner Evan Fish was forced to jump to his death from the parking garage next to the downtown Library by Wilmington Police Officers, verified by county Deputies and the Sheriff’s Negotiator, who were also on the scene. And when I went to Mayor Saffo’s Office (both Police and Deputies kept passing the buck on who could release this, but finally said Mayor Saffo), on February 13, 2017, I first emailed the Mayor to let him know I was walking over. I was hit by a Time/Warner Cable truck in the crosswalk, knocking me 12 feet, the driver turning right – but did not see 6’ 11” me until the driver, Rhys, felt the impact.

Now that seems UNLIKELY to have been anything but coincidence, yet my Lawyer Bruce Mason told me I should get $20,000.00 - $40,000.00 for damages – then FIRED ME and I had to ALONE face a lawyer from a KENAN LAW FIRM in Raleigh, who basically FORCED me in desperate financial conditions then to accept a mere $2,500.00 settlement. I am going to get that RE-OPENED for something fair – as soon as I find a lawyer not afraid to go against the devout Christian Kenans!!!

Do YOU have the authority – and will you – release the FULL Police Report to me??? 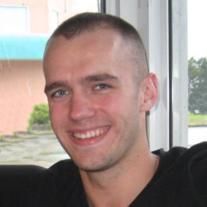 Thank you for your consideration – I look forward to your reply. (Also, I wouldn’t mind working part time as a Detective – I only need to make a little money.) 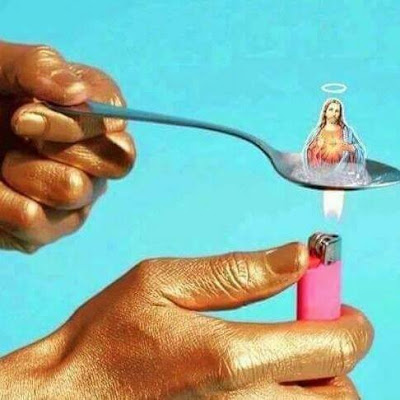 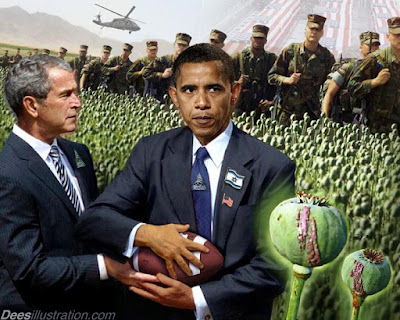