Better Than Anything I Could Write

This is for everyone who has ever been to hell—and returned. Everyone else as well. With many thanks to Kelly. Life is Good:

And this is for anyone who believes the last months of the 8-year Republican pill would be best taken with a strong chaser of humor. Strong chaser. Thanks for this go to Allen.

Each is less than 5 minutes long. Best when viewed in this order. Follow the links at the end of the second one--should you care to possess actual mementos of this historic offering!
Posted by Scott Kenan at 10:50 AM No comments:

Last night I chanced on some quotations of note:

We must believe in free will; we have no other choice.
--Isaac Bashevis Singer

No man of any humor every founded a religion.
--Robert Ingersoll

From the moment I looked into the horror on September 11th, into the fireball, into that explosion of horror, I knew it. I knew it before anything was said about those who did it or why. I recognized an old companion. I recognized religion.
--Monsignor Lorenzo Albagete

When I think of all the harm [the Bible] has done, I despair of ever writing anything to equal it.
--Oscar Wilde

Then this morning, the NYTimes online published a poll on religious tolerance in the US, and I was surprised to see there is as much as reported—especially among Catholics—the church I was brought up in but left years ago: http://www.nytimes.com/imagepages/2008/06/24/us/20080624_RELIGION_GRAPHIC.html

You should never go out just to get laid; always go out to give laid.
Posted by Scott Kenan at 1:16 PM 1 comment:

Whose Idea Was this??? 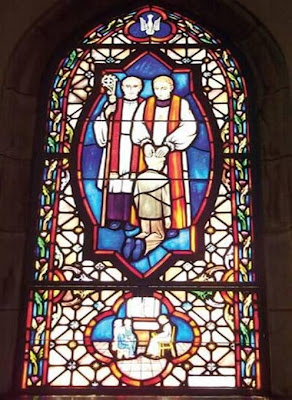 Posted by Scott Kenan at 9:04 AM No comments:

Sunday in the Park with Neva

Neva B. Flat and the Dreaming Out Loud Steppers blocked my way. Their drag-act name belied the fact they were Gospel singers performing at the annual Gospel Celebration staged right beneath the larger-than-Mount-Rushmore carving of the shoguns of the Confederacy: Robert E. Lee, Jeff Davis, and Stonewall Jackson. I had walked into Stone Mountain Park to photograph inscriptions around a smaller monument that now stood in an area cordoned-off as backstage for the performers.

Conceived a hundred years ago, Stone Mountain Park was meant to be the great monument to The Lost Cause and reliquary of its documents. But by the time it opened in the late 1950s, while it contained historical displays of the War in Georgia and monuments to the bravery of Confederate soldiers; The Glorious Cause—certainly not forgotten by many 1950s Georgians, white and black—was not portrayed. The park focused on the natural beauty of the site and outdoor recreation, a focus that has grown so that today, it all but obscures the park’s original purpose.

There, beneath the outsized leaders of the Confederacy, Gospel choirs sang their hearts out. Across the lawn at the reconstructed Antebellum Plantation, a celebration of Juneteenth, the traditional African-American holiday commemorating the passage of the 13the Amendment, was in full swing.

But I wasn’t there for the party—I had only stumbled upon it. Without explaining the whys and wherefores, I talked the security guards into letting me pass through to photograph the inscriptions. Now in the middle of writing my Adventures-of-a-Psychotic-Giant memoir (I'm 6' 11"), I am in the thick of reconstructing how in high mania in 1990, blazing a trail that stretched from Atlanta to Charleston (birthplace of the Confederacy), I had gathered evidence proving the real cause of the Civil War: Under the guise of preserving slavery and “states rights,” the South had actually fought to protect the barely undercover, homosexual lifestyle of its upper classes. I was in the park to photograph evidence I had found there.

You see, there’s a reason “psychotic” is in my title.

And to take those pictures, I had to wade into the gospel singers’ refreshment area. As I bantered with them about my height while snapping pictures, I was swept with gratitude for deliverance from psychosis—not just from my own, but for all of us from the Sin of the South.
Posted by Scott Kenan at 3:14 PM No comments:

You may have seen this a while back, but it’s worth repeating, and frankly, I’ve been socked in with my job and writing the last week. Hope you enjoy it:

A plane is about to crash. There are five passengers on board, but only four parachutes.

The first passenger says, “I am Ronaldo, the greatest football player in the world. The world needs me, and I cannot die on my fans.” He grabs the first parachute and jumps out of the plane.

The second passenger, Hillary Clinton, says, “I am the wife of the former president, I am the senator from New York, and someday I will be the president of the United State.” She grabs a parachute and jumps off the plane.

The third passenger, George W. Bush, says, “I am the president of the United States of America. I have huge responsibilities in the world. Besides, I am the smartest president in the history of my country and can’t shun the responsibility to my people by dying.” He grabs a pack and jumps off the plane.

The fourth passenger, the Pope, says to the fifth passenger, a young schoolboy, “I am old. I have lived my life as a good person as a priest should, and so I shall leave the last parachute to you. You have the rest of your life ahead of you.”

To this the little boy says, “Don’t fret old man. There is a parachute for each of us! The smartest president of America took my schoolbag.”
Posted by Scott Kenan at 8:42 AM No comments:

No, this isn’t about the resolution of the Democratic primary race—or even the rumor that someone under the age of 50 showed up at a McCain rally. This is scientific!

Whether events make you smile or not, or if you are one who finds reason to smile (or frown) regardless events, the BBC in conjunction with two American psychologists has come up with a short test to see if you can correctly identify real and fake smiles. Explanation afterward on how to tell the difference.

May your discernment prove better than mine! (11 of 20)

http://www.bbc.co.uk/science/humanbody/mind/surveys/smiles/
Posted by Scott Kenan at 4:55 PM No comments:

The Truth Within the Delusion

What do you do when a matter of ethics threatens the resonance of a memoir-in-progress? You’ve sought the advice of others (who are anything but in agreement in their opinions). A few of them you asked via email. You are so consumed with the question that you’ve confused yourself, and thinking that only in email have you written about it, so you end up writing the story twice in your book.

It’s a matter of outing a relative so distant that he shouldn’t be called a relative. But when you were bat-shit crazy nearly 20 years ago, you deluded yourself into thinking his family’s enormous wealth had been amassed just to support your messianic quest, and you showed up in his life—a person you’ve never met and who does not even know of your existence—fully expecting to be bequeathed a large portion of it. You didn’t ask—you expected just to be given it, and you didn’t further pester by having more than that one contact.

The story of how one of the largest Standard Oil fortunes was acquired in the first 2 decades of the last century by a Kenan-cum-widow. The story of how she remarried and the enduring mystery of her death in 1917 (nine months later), was so compelling that 70 years later, in the late 1980s, several books were published about it. Even 60 Minutes aired a segment on it.

Her widower used his small share of the inheritance, $5 million, to found a media empire. Was it murder for the inheritance—or had she succumbed to her drug and alcohol addictions? In the 1980s, his granddaughter was so angered at her grandfather’s actions back in 1917 toward this wife that she forced the breakup of the media empire.

But Mary Lily Kenan Flagler Bingham left the great bulk of her estate to her Kenan siblings. All this figures into my delusion, but the key resonant-to-my-delusions moment in 1990 was when I remembered that the now head of that powerful family and I had dated the same man (at separate times), and believed that what I had thought while dating him was only an interesting coincidence, was actually significant proof that I would be fully supported by Kenan wealth and influence. Please know that soon after that, I was jailed and diagnosed as having “mania with psychotic features”—another (and totally separate) part of the story. You see, there's a reason my subtitle is "The Adventures of a Psychotic Giant."

This "distant relation" has devoted much of his life to philanthropy, getting many awards for his support of the arts and education. He’s known to be gay in the gay circles in his state, has never married, but is not otherwise out. To change the names and circumstances of the story is not helpful because of the peculiar and apropos specifics, the historical record, and perhaps most importantly, that we share the same last name. The only thing I could report that is not in the public record is that he is gay.

So do I out a powerful, well-respected man—a true pillar of education and arts support—when that outing discloses no hypocrisy on his part (unlike what has happened with many politicians of late), or do I eviscerate an important, but not the only important, part of my story? Should I contact him directly or indirectly to discuss how to proceed? Certainly, I will share anything I write about him before I seek publication (I think)—once I have a late draft. But how now to proceed?

A memoirist’s dilemma.
Posted by Scott Kenan at 7:07 AM No comments: