RP: Taking Stock on a Day of ORGANIZATION of My Office -- and My HEAD!!! 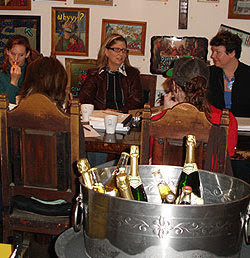 Christal Presley, who is the best friend of Jill Rhodes Hannity, the wife of Fox News commentator Sean Hannity, sits on far right. Christal was in charge of keeping me in place while the Republicans moved in to commit and then kill me. It didn't work out like she had hoped.


GREAT to see Facebook offer up this "memory" of ten years ago, today!!! This was from Hollis Gillespie's BLOGGING CLASS in Atlanta that Christal and I took together. I began blogging on May 3, 2008, and have continued without stopping for nearly ten years now. Over 4,500 postings now -- although my blog did not become POPULAR until a few years ago. As of this moment, I've had a total of 1,288,118 REGISTERED hits -- Law Enforcement, the Press, serious Criminals, and just plain Privacy Buffs use software so they DON'T show up.

This is my FIRST blog posting -- and it is about STEPHEN KING!!! 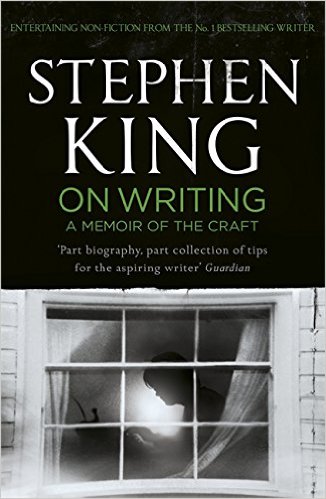 I still believe this is the BEST BOOK ON WRITING!!!


I began this blog to PROMOTE my memoir of working for Tennessee Williams, which was SOON signed to contract by Alyson Books for Spring 2010 release in hard cover -- in fact Alyson designated it to be their FEATURED release of about 30 at that time, but POLITICS prevented it from being published.

After MUCH POLITICAL and LEGAL TROUBLE, I self-published it on Amazon in May 2011, but even THAT was destroyed two years later by Wilmington, NC District Attorney Benjamin R. David (through his Legal Intern Jeffrey Duncan who then worked for Saper Law in Chicago), in conjunction with Daliah Saper (a Fox News Talking Head as well as Lawyer), and the false LIBEL conviction was gotten after I was NEVER Legally Served, then tried In Absentia in Cook County Courts -- while I was nearly homeless in Puerto Vallarta, Mexico.

Jamie Lee Sutherland, then an Exec of Wells Fargo Advisors in Chicago, who had a house in Mismaloya (just south of Puerto Vallarta and where The Night of the Iguana was filmed), had BRAGGED TO ME that he did $24,000,000.00/month on average Narco-Trafficking for his bank. That same year, Wells Fargo Chicago was fined $200,000,000.00 for LAUNDERING DRUG MONEY.

Jamie also told me how he had seen Barack Obama and Rahm Emanuel (when Obama was an Illinois State Senator), in his private gay bathhouse, Men's Country (just closed in early 2018), and I had blogged about that too -- and had that CONFIRMED many times since then. 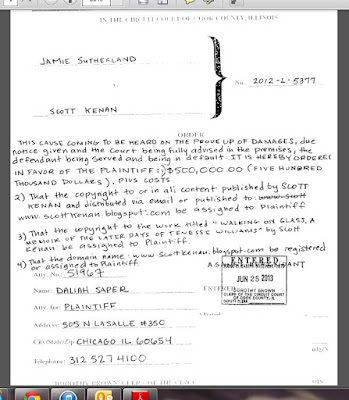 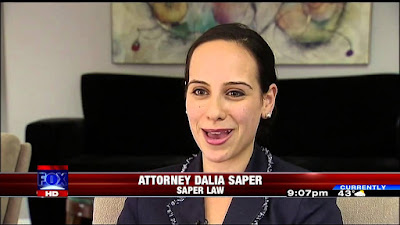 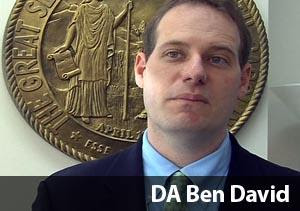 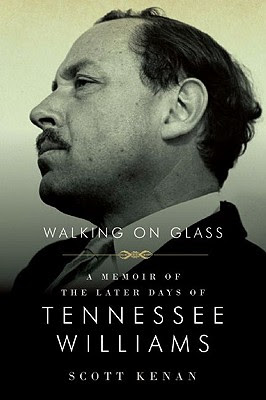 
As I write this, my Cyberstalking Charge against Jonathan Deputy is STILL not listed on the New Hanover Courts Schedule -- but cases are only scheduled for another week or so, and I don't know if he's been served yet or not. I have ASSURANCES from the D.A.'s Office that it WILL soon be served, but I have OBVIOUSLY had disagreements with D.A. Ben David, he STEALING my book's copyright -- but TWICE Ben promised to get that VOIDED, but he is unable to undo Court Cases in Illinois. I will handle that separately when I can afford to.

In the meantime, I will write the Medical Providers from New Hanover Behavioral Health Hospital to let them KNOW that I will NOT pay any bills for their services (and they were excellent, but not needed or requested by me), and that I intend to get Jonathan Deputy to pay all those costs -- he having committed me without actual cause the DAY AFTER I first filed Cyberstalking Charge against him -- and Jonathan ADMITS to having gotten that first charge THROWN OUT while I was in the Hospital. 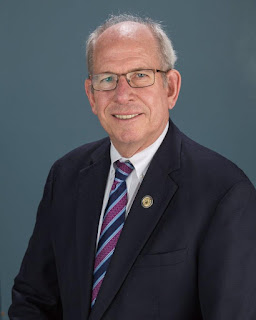 When I posted the article which included Corpening's concerns about private substance abuse clinics here in Wilmington, I KNOW he did NOT disclose the names of the OFFENDERS for all to see -- but at least it is a START: See my TOP STORY here: http://theweathercontinues.blogspot.com/2018/04/so-sad-it-isnt-true-and-then-is-true-i.html

I DID re-publish the two SCATHING comments by concerned citizens, and today, there is another added:


My 88 year-old friend and mentor told me years ago that "if you take away the money nobody would do anything or want to be anything."

Unfortunately, very few people do good voluntarily and most people seize the opportunity to make money on the perils of others. It is my hope that one day the Democratic and Republican parties will merge their thinking and stop these abuses while continuing to focus on REALLY helping people. 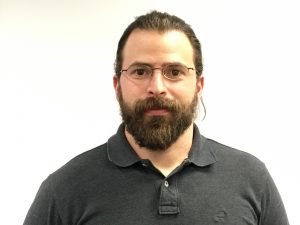 ·
NOT reported by the Print/Electronic Paper, the Wilmington Star News -- nor any UPDATE when this might STOP.

NO ONE can taste the OVER-FLUORIDATION of our water -- and we are ALREADY not supposed to drink it due to GEN-X levels -- Wilmington being "Little Flint Michigan" due to the GROSS NEGLIGENCE of our Elected Officials!!!

‘Do not drink the water’ alert issued to 30,000 due to dangerous fluoride levels | Port City Daily
NEW HANOVER COUNTY — Residents in northern New Hanover County may be at risk of fluoride poisoning and are being told not to drink or cook with tap water by the…
PORTCITYDAILY.COM

And just FOR FUN:

Uh-oh -- I knew Olympia Dukakis, and in Wilmington, NC my landlady Gold Walker smokes so much pot I have called her the NEW Mrs. Madrigal -- LOL!!! 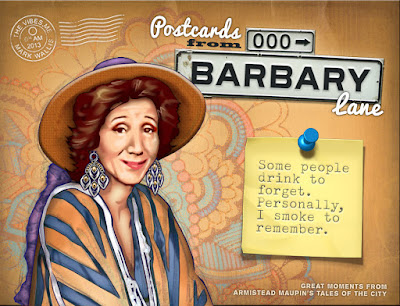 Here, Olympia Dukakis is seen nearly center with the other Distinguished Guests at the 2009 Installation of Tennessee Williams's Poet's Stone in Episcopal Cathedral St. John the Divine in Manhattan. 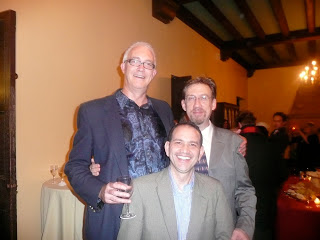 Me with Thomas Elliot Keith and his shorter Colombian boyfriend Arturo at the Bishop's Reception after the above event.


1. Thomas EDITED (and reviewed), my Williams memoir, but he works with the Episcopal Church and Arturo DISTRIBUTING HARD DRUGS.

2. Arturo's family lives in the Smoke Rise section of Stone Mountain, GA and run the Drug Mafia there -- with my wealthy Kenan relatives, as Lt. Gen. Russel Honore' knows all about.

3. It was John Uecker -- who likely actually smothered Tennessee Williams with a pillow -- who told me in 2009 at the time I attended the above event with him -- that Thomas Keith told him that they had ALL THE DIRT ON JOHN LAHR about his affairs with young men, and that the Kenan-family-supported Episcopal Church would USE that dirt to keep Lahr from publishing the TRUTH about Tennessee Williams's MURDER!!! 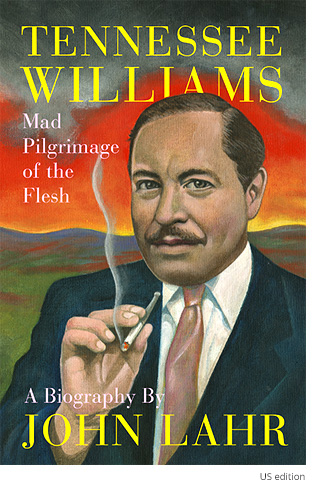 It WORKED, and Lahr was SILENT (but did not lie). John Lahr and I had been in SECRET COMMUNICATION while I first wrote MY book, and when I finally met him in person at the Williams Fest in New Orleans in 2015, he recognized me in his largest lecture as THE AUTHORITY on the last two years of Tennessee Williams's life. 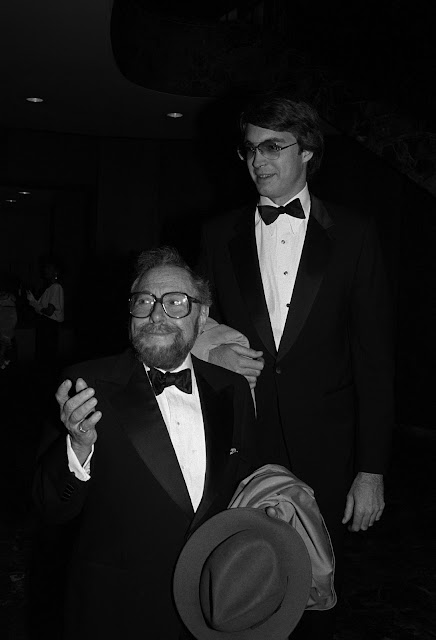