RP: I Am NOT Attending a Democratic Party After-Election Party -- for LOGICAL Reasons (but I might crash a REPUBLICAN one -- should they have one and I locate it)!!! 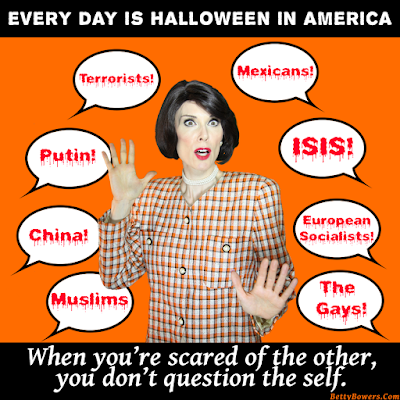 The LOGIC of it is very simple: while I have commented on DRUG CORRUPTION in Wilmington -- which seems to ENTIRELY PERMEATE the Republican Party and too much of the Democratic Party -- I have NOT in any way worked to help anyone in this year's election -- and the party should be for those who DID work for their own and others' campaigns.

And ALL of them should enjoy the party without worrying about what Scott Kenan has to say (or even bully).

Occasionally, even I am fair.

And I DIDN'T volunteer for "grass-roots work" -- because of my "PTSD", and NO ONE needs to have me suddenly go ballistic because of a stray ignorant comment that HITS MY RAW NERVES.

This is related to why I have NOT personally contacted Mayor Bill Saffo (after the time I visited his office when I first got back to town, and Dawn Grants promised to set up a meeting between us -- BUT THEN REFUSED TO DO IT!!!). But RELAX, that might have HARMED Bill Saffo, which I soon came to realize so never pressed to meet with Bill.

When I first met Elizabeth Redenbaugh, she gave me her cell number with the idea that the two of us could meet (I still believe that Ms. Redenbaugh and I are more on the same page than me and anyone else in Politics in this town), but our meeting might have harmed HER, so I've never called her or specifically emailed her, either.

Why Does America Have More Prisoners Than Any Police State?
America, supposedly the beacon of freedom and democracy, has become incarceration nation.
ALTERNET.ORG

Republicans and Democrats have TOGETHER created the NAZI STATES OF AMERICA -- and the "Clinton Democrats" are the WORST -- but the CIA controlling our media -- especially CNN and the Wilmington Star News, a FEW Democrats refuse to ADMIT they are co-traffickers with Bush/Cheney/Clintons -- or are too HYPNOTIZED by US Media to even know it -- just as Barack Obama had been SOLD to Big Banks and Wall Street BEFORE the 2008 primaries began, but by all the "underground buzz", he did NOT know that he also had to protect Government Narco-Trafficking until George W. Bush AM-BUSHED HIM with that FACT, and let him know they had all the PROOF of his homosexual life -- to KEEP HIM IN LINE!!! 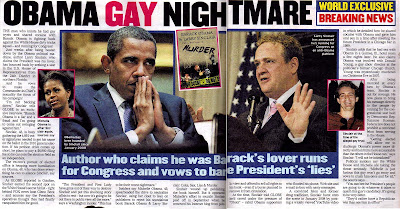 >>> BUT I HAVE A FEW NOTES ON THE CURRENT ELECTION:

1. Just checking, I have discovered that BOTH the Democrats and the Republicans have NOT corrected the ERROR on the Democratic Party's website and/or Facebook page -- nor have the Republicans ADDED their candidates or elected officials to their website (but at least the REDS are correct in who is running from their Party).

I don't know who is responsible for the Republicans' electronic media, but Ryan Lee Burris (who told me how DESPICABLY disheartened and disorganized the Democrats were -- before Elizabeth Redenbaugh took charge), is the Dems' webmaster -- and Elizabeth is probably too busy to correct things herself.

I DID add Michael Franklin (head of the REDS), to my email list -- he being the ONLY Republican of ANY stripe whose contact info is listed -- the DEMS get MAJOR POINTS for listing all their email addresses!!!

BECAUSE the Democrats have STUBBORNLY REFUSED to correct their website to include Wilmington newcomer Frank Madonna, as one of their City Council candidates -- PROVING that someone wants to KEEP OUT new blood (read: NOT narco-corrupted), I am DEFINITELY voting for Frank Madonna (unless I learn he's a total jerk).

I have MEANT to blog about Paul Lawler previously, but never got around to it. I met him at the Democratic Party's UNITY DINNER -- he sitting directly across the table from me, and I having NO IDEA (then), his position -- except that he seemed to have one.

Mr. Lawler and I had virtually no conversation -- but I was yapping NON-STOP with a charming woman of about my age, who sat next to me -- and I noticed that PAUL LAWLER LISTENS.

And a day or two later, yard signs began to spring up all around town, my next-door neighbor SUPER-LAWYER Oliver Wendell Holmes (actually, Oliver Carter), placed only Paul's sign in his yard -- important to me.

The FUNNIEST THING is that Mayor Saffo is running -- and I had NO IDEA of that, until three days ago -- LOL!!!

Hey, he's unopposed and his energy is better spent running the City, so there has been no reason for him to "split his energy".

And HERE is what is FUNNIEST (or saddest, actually), of ALL: Senator Burr is up for re-election, and I never have heard a THING from either side about that race AT ALL!!!

Nancy McFarlane, the popular INDEPENDENT Mayor of Raleigh, has declared to run in the March 2016 primary as a DEMOCRAT.

I just searched for 30 minutes to discover why I saw an early ad of hers and assumed she must be running against Burr, THIS YEAR.

I try to pay CAREFUL ATTENTION, but this proves I'd read TOO HASTILY.

THANK GOD that I was incorrect in assuming she was running with NO SUPPORT before the election in a few days -- LOL!!!

LOL!!! Welcome to the FUTURE -- when even Civil Rights Icons like John Lewis are so out of touch with MODERN REALITY that they stand with Narco-Trafficking TRASH like Bill and Hillary Clinton!!! The FUTURE has no TIME for "Old Fogies" -- no matter WHAT their previous accomplishments.

Progress North Carolina Action
40 mins ·
BREAKING: Governor McCrory brokered a meeting for a major campaign donor and pushed through private prison contracts for his company over objections from prison officials.

The FBI is involved.

McCrory brokered meeting on contract for friend and campaign donor
Last fall, Gov. Pat McCrory personally intervened on behalf of a friend and major political donor who wanted to renew $3 million in private prison contracts over the…
WWW.NEWSOBSERVER.COM 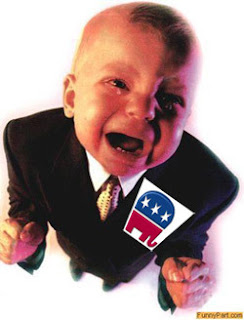 I intend to make Wilmington NUMBER ONE!!!

The Best Small Cities In The U.S.
More than 128,000 of our readers rated their favorite cities in the U.S. -- in fact, we got so much feedback, we had to divide our list in two. This roundup features the country's smaller cities, with populations under 150,000. Counting down...
HUFFINGTONPOST.COM